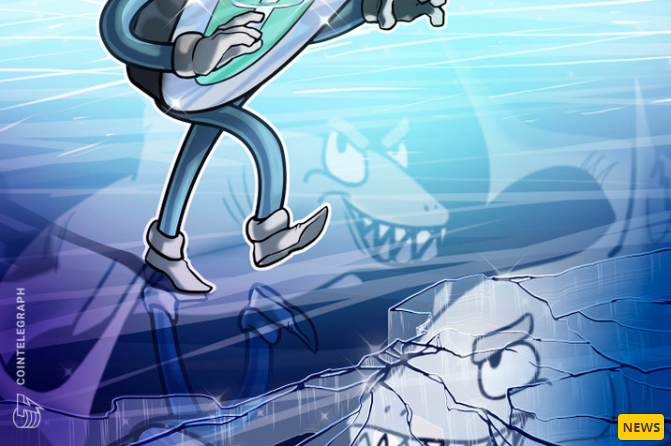 Hedge funds are increasingly placing bets against tether (USDT) in anticipation of the U.S. dollar-pegged stablecoin losing value amid concerns about the coin’s reserve backing and systemic risks from within the crypto ecosystem.

The short positions are worth “hundreds of millions” of dollars, according to crypto trading fund Genesis and have gained since May’s implosion of terraUSD (UST). These include funds such as Fir Tree Partners and Viceroy Research, that have previously bet against tether, citing the issuing company's opacity about the asset’s actual backing and the lack of audited reserves.

“There has been a real spike in the interest from traditional hedge funds who are taking a look at tether and looking to short it,” Leon Marshall, head of institutional sales at Genesis said earlier this week, as reported. Genesis and CoinDesk are independent subsidiaries of Digital Currency Group.

There are also concerns of traders being able to cash out U.S. dollars from tether. “Traders are naturally concerned about being able to cash out of tether,” said Jeff Mei, an analyst at crypto exchange developer ChainUp, in a Telegram message. “They are seeking safer and more transparent stablecoins such as USDC to transfer their assets to.”

But how are traders betting against a coin priced at $1? As per Paolo Ardoino, chief technology officer at USDT issuer Tether Global, the bets are occurring on futures tracking USDT and on liquidity pools on decentralized finance (DeFi) applications.

“Goal: create enough pressure, in the billions, causing ton of outflows to harm Tether liquidity and eventually buy back tokens at much lower price,” Ardoino explained in a tweet earlier this week.

Exchanges like FTX offer USDT futures to traders, allowing traders to bet on price gyrations as the token falls, or gains, fractions of pennies around the $1 level. Data shows the USDT futures product show over $65 million in trading volume in the past 24 hours, with open interest – or the number of unsettled futures contracts – hovering over the $400 million mark as of Wednesday.

On DeFi applications, shorts on USDT are possible by borrowing the tokens and exchanging them for USDC, another U.S. dollar-pegged stablecoin. The strategy here is that if and when USDT falls, the original loan can be paid back at a cheaper cost with the difference pocketed.

Traders shorting USDT say the asset could lose value if its reserve backing is proven false. The stablecoin is backed by fiat currencies and equivalent asset investments such as commercial paper, bank deposits, bonds, gold and cryptocurrencies, according to issuer Tether Global.

Shorters say Tether Global has been misrepresenting these reserve funds. Tether, however, denies such claims and maintains it holds “100% of the backing.”

Data shows massive outflows from Tether have already taken place in the past few months. In mid-June, investors pulled $1.7 billion from tether in one week, as reported. Meanwhile, Tether’s market capitalization has fallen by over $20 billion since mid-May, CoinGecko data shows.

“Short selling is a natural part of market price discovery. When there is a market downturn, many weaknesses that were previously hidden start to surface,” Wei said.